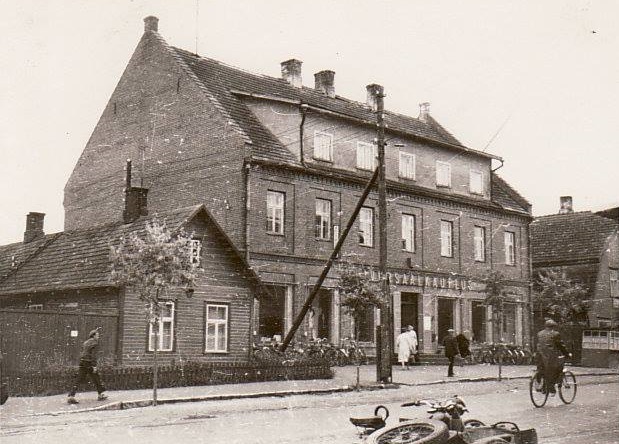 Coop Hotel is located on the main street of Jõgeva city center. The hotel building has a very dignified history. It all started on 27th of October 1919, almost 100 years ago, when Jõgeva rural municipality secretary Oskar Sarnet formed the Jõgeva Economic Community. The goal was to open a store in town, the current Suur Str 18. Business started on the 1st of March 1920. Soon larger retail space was needed as sales were 3-4 times higher than in the year of establishment.

Already in 1922, an association for the construction of its own house was announced at a selective tender (Suur tn 11). Local peasants put all their money together to build the main store. They pledged the farms and took out a loan that was paid for ten years. A two-story house was built. Already at the general meeting of the association held in 1923, it was found that the house is too small and it is necessary to build a third floor. The extension was completed in 1924.

The store was on the first floor of the completed house, where various products and goods of that time were offered for sale, such as grain, seed, flax and iron products. In addition, there was an office for business manager, meeting room and an office on the ground floor. In the second wing of the first floor, Jõgeva Ühispank nested as a tenant. Business manager’s apartment was on the second floor. Jõgeva Peace Court rented rooms as well. Apartments for rent were located on the third floor.

The first renovation was made when Jõgeva Ühispank moved out of the house into its newly built commercial building. Extensive repairs were carried out, windows and business premises were expanded, and the facade was updated. The entire ground floor was built into one large all – department business hall in 1939.

In 1965, the office of the Economic Association moved out of the house to the house on the other side of the street, where Restaurant Kosmos is still located. In recent years, Coop construction and gardening shop was located in the historic building, and it also moved to the new Pae center.